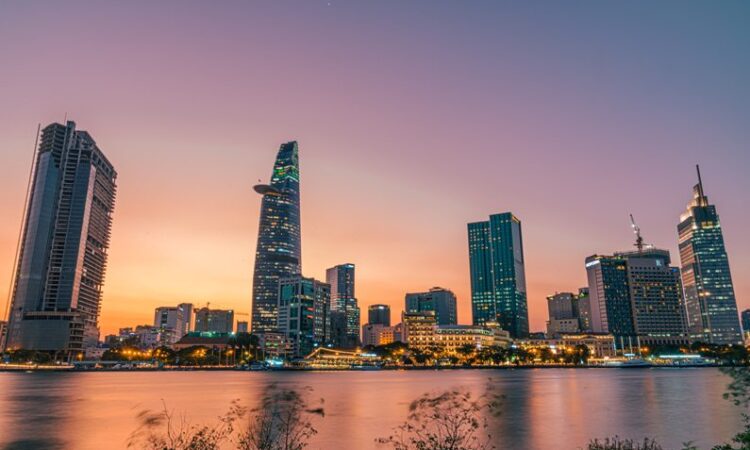 Years after the end of the war, the incredibly resilient nation of Vietnam, and the Vietnamese people, have emerged from the shadows.

Vietnam is a country deeply scarred by war and yet its outlook is forgiving and forward—looking. Its people believe last century’s occupations, battles and political influences have enriched the nation.

Washed ashore above the Mekong Delta, some 40km north of the South China Sea, Ho Chi Minh City, known also as Saigon, is a city on the march, a boom—town where the rule of the dollar is absolute. It is a testament to its war—torn past. Its history has made it resilient, effervescent, charged with initiative and roaring with trade.

The centre of Ho Chi Minh is compact and ideal for wandering around. It boasts fine restaurants, immaculate hotels and glitzy bars amidst its colonial villas and venerable pagodas.

There are many interesting places to visit including the markets, cathedral, river—port, Presidential Palace (perfectly preserved for some unknown reason!) and the nearby park which also houses a museum of Vietnamese History and Culture and a small zoo.

Ho Chi Minh City started life as a fishing village known as Prei Nokor and during the Angkor period (the 15th century) it flourished as an entrpot for Cambodian boats pushing down the Mekong River. Cargo ships still to this day jostle with rice barges and fragile sampans (an Oriental boat propelled by a sail or oars), whilst porters sweat in the humidity loading the boats.

During the 18th century, the Khmers by now had been ousted, Prei Nokor was renamed as Saigon and was made a temporary capital between 1772 and 1802, after which the Emperor Gia Long used it as his regional administrative centre.

The French seized Saigon in 1861 and set about a huge public works programme by building roads and draining marsh land. The war against the French lasted thirty years after which Saigon was finally designated the capital of the Republic of South Vietnam.

This is a port that is steamy hot and searlingly stylish. The streets are lined with imaginative one—off boutiques, design stores and busy cafes where you will be able to meet the local people on an informal basis. Dong Khoi and Le Thanh Ton streets are favourites for elegant silk clothing, hand embroidered scarves, and lacquerware. (Many stores will provide a service of organising a container to ship purchases home) In many ways Ho Chi Minh City is far more cosmopolitan and hedonistic than the capital, Hanoi.

Ho Chi Minh is also full to bursting point with people for whom progress hasn’t yet translated into food, lodging and employment, so begging, stealing and prostitution are very much in evidence. Petty crime, unfortunately, has increased in the last few years so much care should be taken when walking the streets or traveling on bicycles or motorbikes, especially after dark and around tourist nightspots.

Photo by Tron Le on Unsplash
More like this: ho chi minhsaigon