A Brief Guide to Vietnam 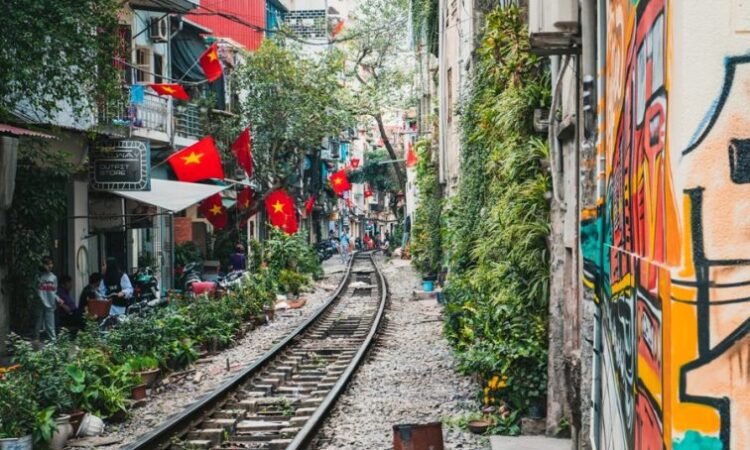 The vibrating, bursting with life of the city, laden with ten times more the capacity, carts and bicycles, discouraging landscape from the north to the very south, local people in the triangular straw hats, earning a living with a legal and completely fraudulent means, and the kitchen, known to all world – this is a Vietnam – the country that fascinate, but makes all the time to keep your eyes open.

Hotels in Vietnam are incredibly cheap: in big cities you can find a room for $3 per night. However, the concept of a good Vietnamese service leaves much to be desired, and the stars to hotel, apparently randomly dumped from the sky, so it’s worth thinking twice before you’ll find the cheapest apartments.

On average the double room in a decent hotel will cost $ 20 per night in the big cities , and the major resorts amount rises to $ 50, while for lovers of extremes, there are much cheaper and much more expensive options.

There are several major resort areas In Vietnam: the popular “Nha Trang” for wealthy tourists, the island “Fukok” for a quiet and comfortable holiday, “Mui Ne” for hippies and surfers and “Vung Tau” – a compromise between the study of ancient Saigon and a nice beach pastime.

Best beaches in Vietnam caters for all interests, from bathing to a deserted place to party, from fun water parks for snorkeling and scuba diving, fishing from small snack bars to expensive restaurants with lobsters and French wine.

Of course, most of the villages of Vietnam do not reach the succulent Thai resorts either in service or on the choice of entertainment, nor the infrastructure, but there remained a huge reservoir of this, crude life. Even around the most popular beaches are still living their normal lives Vietnamese, without television and the Internet.

Has not taken a liking to tourists from around the world resorts – is not the only reason to go to Vietnam. On the vast territory of the country is located a myriad of natural and architectural treasures, which have no analogues in the world.

The most famous destination is “Halong Bay”, a collection of sticking out of the water boulders, from the subtle and lost in the water before hanging high above the largest sail and rushing to the sky giants.

There, in the north of the country, there is “Cat Ba National Park” – an island with serpentine roads along the cliffs, mangroves and coral reefs. A little further south is another national park – “Fongnya-Kebang” with 300 grottoes and caves, one of which is the deepest of all known.

In the south, near the Mui Ne resort, there is a small Sahara – colorful sand dunes, where you can ride in a buggy or on the ass, lots of emotions are guaranteed in both cases. Not far from the Nha Trang resort you can improve your health at bargain prices: thermal and mud spas, more similar to the Soviet sanatorium, offer a complete package of curative services affordable.

Add to this the study of cities, where the Soviet monuments are side by side with the French colonial architecture, overgrown with typical Asian superstructures with meaningless consumer goods markets and markets where the nauseating smells strongly intoxicating aromas give way.

And the other one and you need to try several times: in the markets, cafes and inexpensive family restaurants inspires to find the perfect taste and remember it forever.

The next step – ever play a good knife and fork French baguette recipe is taken root here since the colonialists. On request, the freshest bread can fill with fragrant spicy gravy, resembling a thick Indian curry or a generous pour into shredded carrots, onions, basil and other herbs. The point, of course, for an amateur, but if the Vietnamese adept with pastries and can set the heat to their European teachers, the art of making sandwiches they still should learn. However, this does not prevent all of the options to try to get acquainted with the authentic taste of Vietnam.

You should carefully follow the general safety rules In Vietnam to avoid falling into the hands of small dirty dog ​​and charlatans. You can fall anywhere: taxi drivers are happy wound kilometers, winding around the hotel, the shops don’t give a change, the restaurant can easily be included in the expense of another dish. The only good news is that even if you try to put on shoes, the amount of sell most ludicrous, and the service is in the best traditions of the Vietnamese – suave, debonair.

Going to Vietnam to explore the city on a rented scooter, be careful. Even on a busy crossroads there are no traffic lights and mirrors and all decided to leave the house: first, to steal, second, that did not prevent ride very tightly.

Another national characteristic – a dislike to photography. A rare smile or a resident of Vietnam to depict traditional Asian man tick of two fingers when you instruct it to your lens. Photographing military installations or men in uniform should refrain – a Soviet mentality, such behavior can be seen as a threat to national security.

As for tipping, in Vietnam there are no strict rules. The staff is the major resorts, popular restaurants and expensive hotels used to get to work allowance of 10-15 percent. In institutions mediocre tourist places usually welcome any amount of tip. In most cases, even a dollar, top left, is regarded as a good appreciation.

Photo by Silver Ringvee on Unsplash
More like this: hotelsvietnam